bits of information on Psychodrama, Sociometry, Group Psychotherapy, associated subjects such as ro 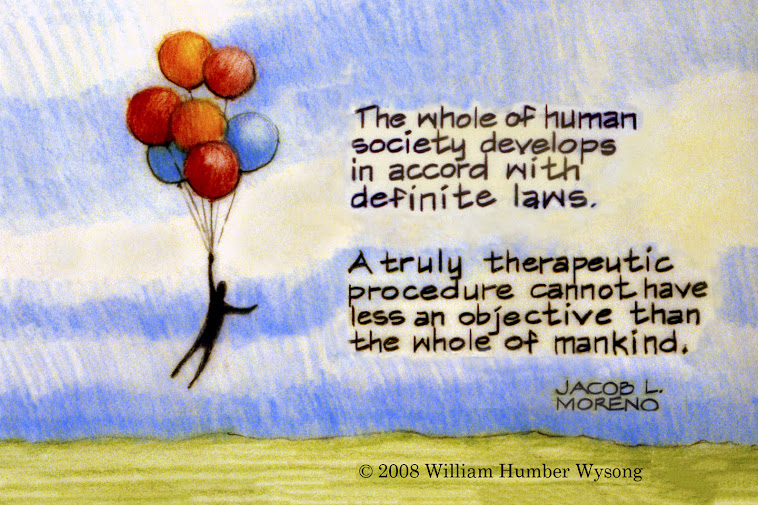 From the Presentation: ACORNography: The Theories of J. L. Moreno and Others

J.L. Moreno observed the following sociometric principles of groups. With this information you can determine why Donald Trump won the election and why Hillary Clinton lost. However, this blog is not about politics, but is an analysis of groups. It is not meant to be a forum for political beliefs. These principles were included in my new textbook, The Psychodrama Companion, now available at www.squareup.com/store/psychodrama.

Sociodynamic Effect
People in power will find others to add to, or maintain, their power.
Essentially, “The rich get richer and the poor get poorer.” Just observe the political process, corporate environment, or motorcycle gang. Clinton attracted a certain constituency to add to her power but ignored others. Trump added those others to his power.

Sociometric Cleavage
A group out of power will disrupt a group in power.
When the Sociodynamic Effect reaches a certain point, people at the “bottom” will revolt if they are not heard, if the group is going in an undesirable direction, or if there are too many rules. The group will then split into factions and each will try to take over the leadership. Not only did the people out of power disrupt those in power, they took the power.

These principles can happen on a smaller scale, for instance, in your groups. That is why the knowledge of Sociometry is so important.

My intention is to publish information on an irregular schedule about Psycho- drama, Sociometry, Group Psychotherapy, associated subjects such as role theory, warm-ups, what I ate for breakfast, and responses to related questions and comments.
To read a comment or leave a comment or question click on the title of the post.

Blog sent to your email address:

Here is my email address: IQWysong@gmail.com if you want to contact me directly with questions and comments. Please be nice.